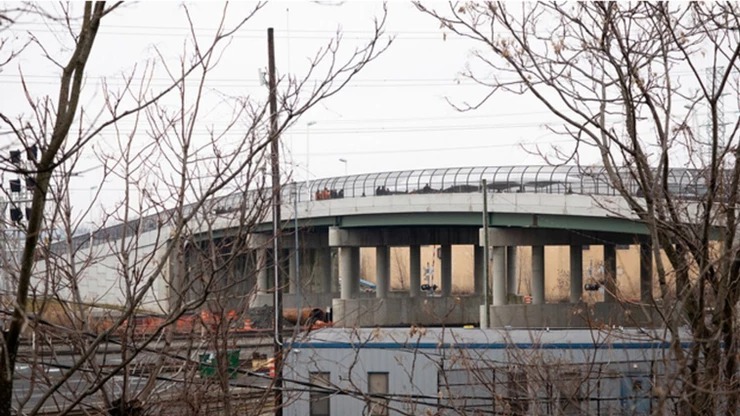 Governor Murphy and North Bergen Mayor Nicholas Sacco announced today the completion of the 69th Street Bridge Project in North Bergen. The Murphy Administration finished the project in less than one year after construction was delayed by more than six years under the previous administration.

“Investing in our infrastructure and transportation assets is one of our highest priorities,” said Governor Murphy. “I’m proud that our Administration was able to get this project back on track after years of delays and inaction. I’m thrilled to join Mayor Sacco in opening the 69th Street Bridge, which will increase safety and reduce congestion.”

Better than the old way of dealing with the train.

“After meeting with Mayor Sacco and understanding the critical nature of this project, NJ TRANSIT along with our partners at NJDOT worked together to get this project moving and completed quickly,” NJ TRANSIT Chair and NJDOT Commissioner Diane Gutierrez-Scaccetti said. “The completion of this project is an example of what can be done when everyone comes together, ultimately improving the lives of North Bergen residents by providing a safer roadway with improved traffic flow.”

“The fact that this important project was allowed to languish for a decade shows a total lack of concern for our urban communities by the previous administration and a fundamental misunderstanding of the value of investing in infrastructure,” said North Bergen Mayor and State Senator Nicholas J. Sacco. “I’m thankful that we have a true partner in Governor Murphy who knows how crucial it is to invest in communities like North Bergen, and I’m glad that with his leadership we were able to finally bring this project to a close.”

After years of delays, NJ TRANSIT last year opted to terminate the contract of the previous construction firm. CJ Hesse of Atlantic Highlands was brought in to complete the project, bringing traffic relief to this portion of Hudson County. With this project completion, the 69th Street Bridge is now open to vehicular traffic.

“As part of our effort to restore NJ TRANSIT to a national role model, we have been taking steps to right the ship in a number of different areas, including a renewed focus on the stalled projects left languishing from the previous administration,” said NJ TRANSIT Executive Director Kevin Corbett. “The completion of this bridge project plays a critical safety role in separating vehicles from the freight trains in North Bergen.”

The 69th Street Bridge and Roadway Improvements Project provides a grade separation at the intersection of 69th Street and an existing freight railroad corridor in the town of North Bergen. This grade-crossing consists of five existing railroad tracks owned by CSX Transportation (CSXT) and one existing track owned by the New York Susquehanna and Western (NYS&W) railroad.

The completion of this project plays a vital role in improving the traffic flow in an already heavily-congested area. Additionally, the grade separation project includes related roadway improvements and area storm water drainage.

Better than the old way of dealing with the train.