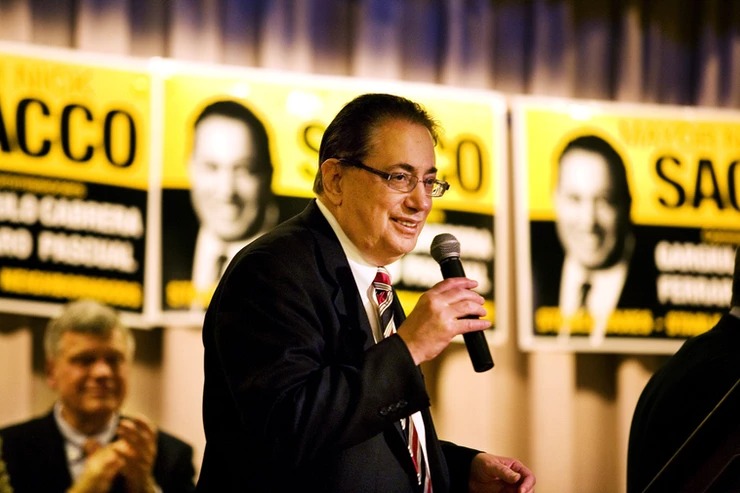 As the North Bergen municipal race comes to a closing, I believe it is important to express my support for Team Sacco, which consists of Nicholas J. Sacco, Julio Marenco, Allen Pascual, Hugo Cabrera, and Frank Gargiulo for commissioners, on May 14th, 2019. As a young Latino who was raised in North Bergen since the age of 4, I have seen, as many of us have, first-hand the changes the current administration has brought to our town over the last 25 years. My hope in this letter is to reach out to as many registered voters and encourage you to participate in these elections. As someone who works hard to increase voter engagement across the country, I find it that much more important to see my fellow neighbors come out and voice their opinion not just on May 14th, but for the primaries on June 4th, and general election in November. Below I will articulate why a person like me is in full support of Team Sacco.

Firstly, over the last 25 years the town has seen growth among small businesses, as well as seen businesses create jobs and help grow the local economy. For instance, as a child I remember the old K-Mart shopping Center on Tonnelle Avenue standing tall in the area until it was replaced with the Home Depot and Lowes we know today. Likewise, the shopping center on 89tth and Tonnelle holds true to the kind of work done by Team Sacco over the years to bring many businesses like Staples, Panda Express, and Wendy’s to an area that didn’t have these stores so close to residents. While other arguments can be raised against, the one fact remains that these businesses have helped the town thrive from hiring local young men and women giving some of them their first jobs, putting money in their pockets so they can re-invest into these same stores, and revitalizing the town’s economy during tough times like the recession followed by hurricane Sandy.

Secondly, this debate over the new high school is as silly as debating if purchasing a home on a hill is more dangerous than one on a flat surface. As humans, we seem to overthink things a lot and lose sight on the bigger picture. The purchase of the old High Tech High School campus should be able to assist with the following: expand the number of the town’s school buildings, lower the teacher to student ratio in classrooms, allow more focus on struggling students to achieve a higher graduation rate, lower the number of high school dropouts, and update materials like the textbooks. Now, if anyone is against a young man or woman receiving a proper education then maybe this town isn’t for you. I applaud the success of the new school addition because as a long-time resident I attended Lincoln Elementary when Mayor Sacco was still principal, went to North Bergen High where I graduated in the top 20 of my class, went on to graduate from the University of Maryland, and found success in my career all while seeing how each classroom across North Bergen kept growing in students. It was like watching a jug of water overflowing.

In conclusion, I have lived in this town for over 25 years, traveled to over 30 cities across 16 states, and not once did I ever think there was a town better than North Bergen. We all have access to public transportation, stores, and jobs within walking distance at best or a small drive at worst. North Bergen is not perfect, and it never will be, however, it continues to thrive attracting businesses, creating jobs, and giving entrepreneurs the opportunity to open their own business. Perhaps the debate of overcrowding schools was a hot topic in the past, this year we saw a major win for students and teachers alike.

For these reasons, I encourage all registered voters to voice their opinions and vote on May 14th. At the end of the day it doesn’t matter who you vote for, because it is your right to vote however you want. But for these reasons above, I am placing my support for Team Sacco, commissioners Nicholas J. Sacco, Julio Marenco, Allen Pascual, Hugo Cabrera, and Frank Gargiulo on May 14th, 2019.