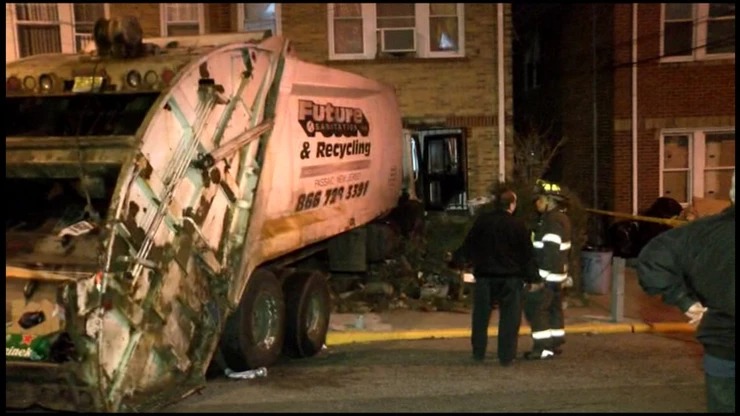 RLSMedia – There were no injuries reported when a garbage truck crashed into a building in North Bergen late Sunday night.

The crash happened in the 600 block of Columbia Avenue at around 10:30 a.m. sending emergency responders to the scene where they found the truck into a two story multi-family building according to reports.

A preliminary investigation indicated that the truck somehow lost control and left the roadway then crashed into the entrance to the building.

The official cause of the crash is under investigation.