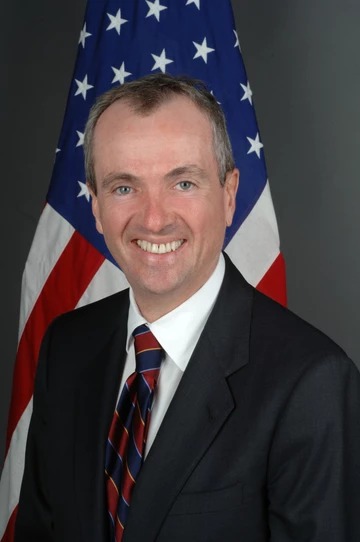 The guy who is gonna legalize weed? Yes, that guy.

After 8 years of having an infamous celebrity in the Governor’s mansion, the future seat is seemingly quite the opposite. Long gone, will be the days of having a nationally televised leader who will be yelling, “shut up!”, or hugging it out with Dallas Cowboys owner Jerry Jones.

Former Ambassador to Germany under President Obama, Phil Murphy, a multi-millionaire who accumulated his $50 million net worth during his career at Goldman Sachs, was able to breeze passed was what going to be a highly contested primary. Notably, Murphy’s candidacy was able to scare off NJ state Senate President Steve Sweeney and even the most young & promising Jersey politician, Steven Fulop.

By characterizing his main opponent Kim Guadagno as an extension of Trump & Christie (who both have incredibly low favorability ratings in NJ) Murphy has positioned himself as the obvious choice. Even securing appearances and endorsements from former presidents Barack Obama, Bill Clinton, and former VP Joe Biden.

HudPost can predict a victory with about 80% confidence.

Although there will be more than 2 candidates on the ballot, the one who will really be disappointed is, Kim Guadagno. Kim has been unable to differentiate herself from the person she served under as Lt. Governor. To further illustrate the comparison, her camp even took a page from the Trump strategy and targeted “Sanctuary Cities” as a hot policy topic.

So if you’re #AllinforKim, chances are you are playing a losing hand.

As Frank Dukes would call him, “legendary” political leader Nicholas Sacco is entering his 8th senate election with a motivated and unified Democratic Party. His closest election was in 1997 and since then, he has dominated. This election all eyes are on Murphy/Kim so don’t expect much to change with Sacco’s seat.

We at HudPost predict a Sacco victory with 100% confidence.

Given that little information exists, Paul may be running to scrape whatever republicans exist in the area in hopes to give Guadagno a boost in her election.

Depending on how we are measuring wins and losses, we can call Prieto and Jimenez technically “the winners,” however, Prieto will be re-entering the assembly in a much different role.

After serving as the Speaker for 3 years, it is said that Assemblyman Craig Coughlin has enough votes to become the Speaker of the House in January. This gives the Hudson County democrats less pull when it comes to pushing legislation.

We’ll call these victories with 100% confidence.

Let’s admit it…it’s hard being a republican in Hudson County, but Ann & Bartholomew are trying. Both are Edgewater residents and it seems like they are going to focus on the affluent waterfront while Prieto/Jimenez rely on the political machine backed by one of the strongest lobbies in NJ; the NJEA.

Corletta & Talamini didn’t crack 1000 votes in the primary and let’s be real…has anyone heard of them? We’re being serious, we can’t even find a picture.

The future is endless as incumbent Vainieri enters his 1st re-election campaign. The tides have calmed after a fairly contested election back in 2012. He was also elected chairman of the board amongst his peers during his first term.

His popularity is growing notably coordinating the sale/purchase of Hudson County’s High Tech High School and converting it into the new North Bergen High School. He further brought back the annual Hudson County Fair, Farmers’ Markets, and unique events like a classic car and bike show.

Given that Vainieri has no opponent this election, we at HudPost predict a Vainieri victory with 100% confidence (brave, right?).

Ok, so no one is running against Vainieri. This sends a strong message to the voters of North Bergen. Anthony is young…in a political sense (sorry, you have some grey’s Ant) and his strong partnership with Sacco is leading some to question if AV is the future of North Bergen.

2017 was supposed to be another exciting election with what was looking like a partnership between Vainieri’s previous opponent Sgt. Henry Marrero and former Mayor Candidate Larry Wainstien. But right before April’s board of education election, the lifelong resident and police Sergeant seemed to disappear from the scene.

Since the freeholder seat primarily relies on the whole town of North Bergen, this would’ve been the time for Wainstein to piece together his base and flex the influence that he’s spent millions acquiring.

The election will be held Tuesday November 7th, 2017.

Who is running for office?