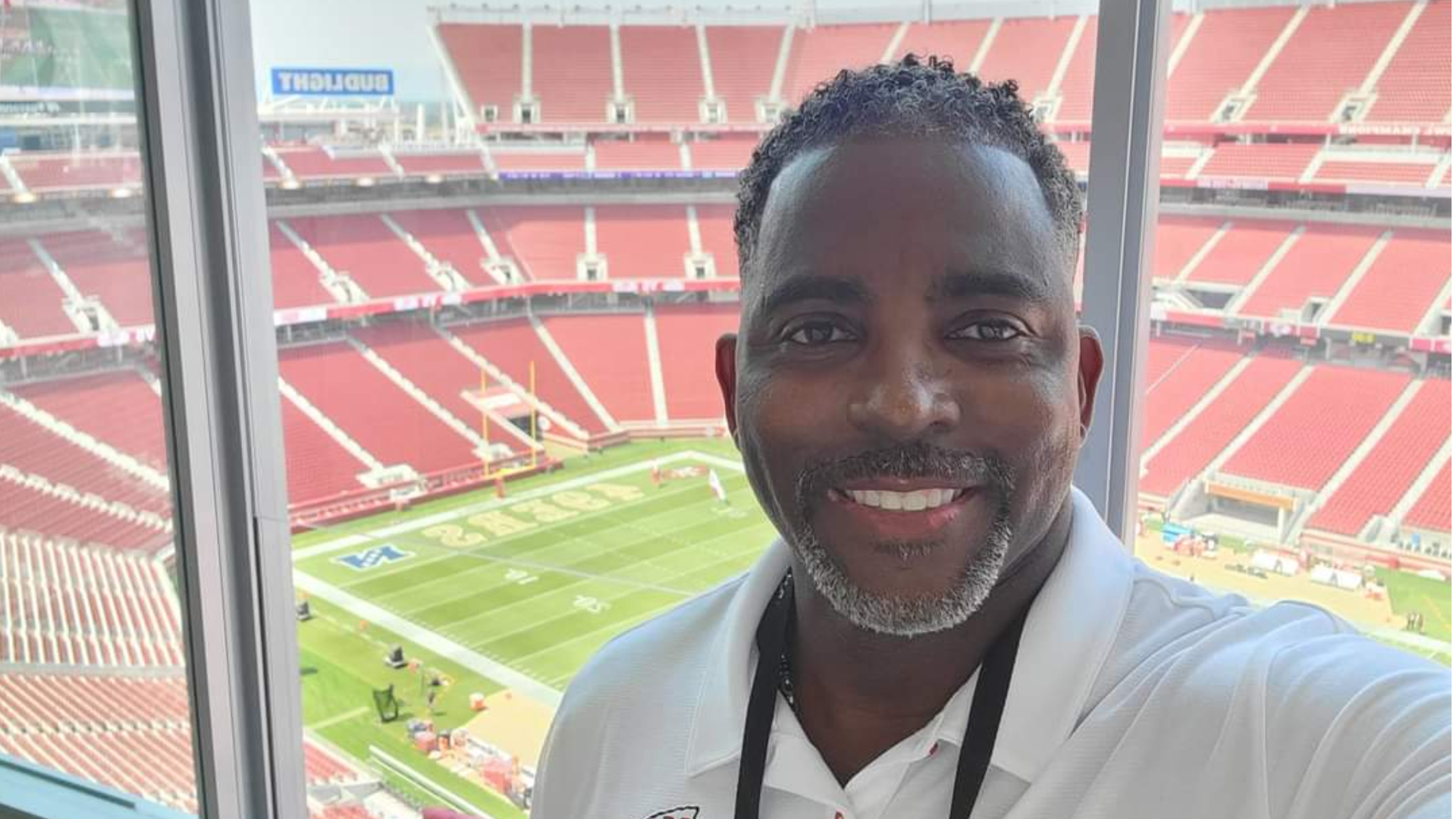 All of those labels could be used to describe Danan Hughes. He was selected in the MLB and NFL drafts, played with the Kansas City Chiefs during the 1990’s, and has worked in the sports industry ever since.

However, in Bayonne, NJ, the appropriate term is Local Legend.

“I give all the credit to people who dug into me,” Hughes told HudPost about his upbringing during Hudson County’s golden era of sports. “I’m a product of my community and I’ve tried to make Bayonne proud with everything I’ve done.”

Hughes’ parents, who raised him and his older sister, still live in the Peninsula City. His extended family of cousins, of which he was among the youngest, provided a support system for him growing up.

“They kept their eye on me, kept me out of trouble,” Hughes said about his family. He added that “always having to play with the older kids” made him a tougher competitor.

During the mid-to-late-80’s, Hughes was a star athlete for Bayonne High School in Baseball, Basketball, and Football. He was a quarterback and made it to the NFL as a wide receiver, but two of Danan’s biggest moments weren’t on the gridiron.

On the hardwood, Bayonne lost to an iconic St. Anthony’s team. Hughes said Jersey City’s Bobby Hurley, Terry Dehere, and Jerry Walker were the best basketball players he went up against in Hudson County.

On the diamond, Hughes shocked West New York when he took the mound and shut down Memorial’s historic 1988 baseball team. “It was one of the highlights of my career,” Hughes boasted, adding that the only run he gave up was a solo homer to Juan Llanes (who starred in college at the University of Miami).

Regarding Bayonne, Hughes made it clear that linebacker/running back Ernie Beler “was pound for pound the best football player I’ve ever seen or played with in Bayonne or Hudson County.” Beler attended the University of Nebraska and played in the 1994 Orange Bowl (which served as that season’s National Championship Game).

Additionally, Hughes said Hency Wyatt and Darrel Fraiser were the two best basketball players he played with from Bayonne. The best Bayonne baseball player he played with was catcher David Stack.

As for Hughes himself, he attended the University of Iowa to play outfielder and wide receiver. Because he was so far from Bayonne, one of the great moments of his Hawkeye career was playing in the college football Kickoff Classic at Giants Stadium in 1992.

“It was one of the most emotional games of my life, I’m getting chills talking about it” Hughes said about the matchup against North Carolina State which took place a short ride up the New Jersey Turnpike from Bayonne.

“My parents and sister only made it to a few of my games at Iowa… 300 family and friends attended that game,” Hughes recalled. Despite Iowa losing the game, Danan did catch two touchdowns in front of the hometown faithful.

After a stellar college career in both baseball and football, Hughes was selected in the 1992 MLB Draft (Round 3, Milwaukee Brewers) and 1993 NFL Draft (Round 7, Kansas City Chiefs).

He ultimately pursued football and spent all six seasons of his professional career with the Chiefs. During his rookie season, Danan caught passes from one of the greatest quarterbacks in NFL history, Joe Montana, and played in the AFC Championship game.

Since retiring from football, Hughes has utilized the broadcast communications degree he earned as a student at Iowa – working as a color commentator/analyst for the Chiefs Radio Network, Big Ten Network, and Fox Sports.

In addition to his sports media career, Hughes works in the mortgage industry and “helps other athletes manage their newfound wealth,” according to the Kansas City Business Journal.

Even though he now lives in Missouri, Bayonne will always be a place to call home for Hughes. Married for over a quarter century, five kids (four of whom were college athletes), and three grandkids – Danan made it clear that the foundation of his personal and professional life was built in his hometown.