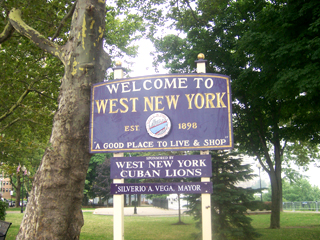 Union City, West New York, and Hoboken are among 57 municipalities violating laws enacted in 2007 and 2010 to reduce taxpayer money going into local government employees’ paid and unused sick leave and accumulated vacation leave managers and rank-and-file employees could cash out at retirement at $15,000. Employees hired before the enactment of the laws are immune to these new regulations. The laws limit the amount of unused sick and vacation  Kevin D. Walsh, the Acting State Comptroller, has stated that multiple municipalities are allowing union contracts that permit public employees to collect incentive bonuses for unused sick days on a yearly basis. The review also found that several municipalities illegally authorized employees to accrue more than the previous year’s vacation time.

The investigation found City and West New York approved payments that surpass the $15,000 sick leave limit and allow payments for sick leave at times other than retirement. Hoboken, through one union contract, allows employees to accumulate up to three years of vacation before retirement. Another contract in Hoboken allowed annual payment on a tiered system that pays employees for just showing up for work. Two contracts also include a cash bonus of $1,000 per six-month period when so sick leave was granted, and another contract grants $2,000 for no sick days, $750 for one, and $500 for two to three days. Through the latter contract, a 20-year employee could obtain as much as $40,000 through taxpayer money.

The New Jersey Office of the State Comptroller surveyed 60 of the 564 municipalities in New Jersey. North Bergen, a town drenched in alleged corruption due to mayor Nicholas J. Sacco, was not audited.

Although the survey does not state how much taxpayer money municipalities could have saved, Walsh has said they could have saved “millions” or “tens of millions of dollars” had they acted in accordance with the law.

Jersey City Marijuana Dispensaries To Expect In 2023 (Or Sooner)